The Name We Can Trust With Our Failures: Jesus, Our Friend- Abby McDonald

I no longer call you servants, because a servant does not know his master’s business. Instead, I have called you friends, for everything that I learned from my Father I have made known to you.
John 15:15 (NIV)

I didn’t think my efforts would ever be enough.

Every time my boys sat down to complete their assignments, it was as though an alarm went off. My three-year-old daughter was in the room like clockwork, wanting everyone’s attention.

Attempts to distract her with another activity were futile. My mood went from exhausted to angry in seconds, and after yelling and a subsequent fit of crying and drama, I felt guilty. This was an almost daily routine as I transitioned into homeschooling life when our post-corona world turned on its head.

If I told you I ever had plans to homeschool, I’d be lying. It wasn’t even on my radar.

But then, whether I foresaw it or not, I was. And I needed help. Spiritually, emotionally, and mentally, I was spent. Not only that, but I felt this constant nagging feeling that God was disappointed with my performance. That somehow, if I did all the things I was supposed to be doing, this would be easier.

I came to God with prayers for healing for our world, protection, and intervention, but when it came to homeschooling my kids, I kept Him at an arm’s length. It was as though I drew a box around this area of my life where no one but my kids, their teacher, and I were allowed in. And occasionally my husband.

The realization that this wasn’t working came in the form of another meltdown, but this time it wasn’t my toddler.

I knew something had to change.

My life is marked by seasons where God showed me He didn’t want me treating Him like some distant rule enforcer or someone who visited on holidays. He wanted my complete trust. He wanted me to see Him as a Friend, and to invade every aspect of my life. Especially the areas where I felt weak.

But to see Him as Friend, a shift had to take place in my thinking. Through steady, repeated messages of grace, He showed me…

His love for me wasn’t dependent on my performance.

It was an integral part of who I was as His daughter.

So when I messed up as a new homeschooling mom and yelled at my kids, He was there. When I didn’t know how I would make it another day at home, I could turn to Him for strength without fear of disapproval.

When we realize we don’t have to perform for God, we can come to Him as a Friend in both our successes and our failures. Click To Tweet

Why? Because we realize He loves us the same during both. Jesus even tells us we’re not His servants, but His friends in John 15.

I no longer call you servants, because a servant does not know his master’s business. Instead, I have called you friends, for everything that I learned from my Father I have made known to you. John 15:15 (NIV)

If Jesus trusts us, even though we mess up often, shouldn’t we trust Him too? Click To Tweet

Even when we’re tempted to wait until we’re at the end of ourselves?

Jesus makes this declaration of friendship right after telling His disciples that apart from Him, they can do nothing. But with His power and strength abiding in them, they can do anything.

So, not only is Jesus offering us His eternal friendship, He’s offering us the ability to do whatever we ask for in His will. Why do we fight Him on this?

When I invited Jesus into my homeschooling days, things were more peaceful. No, life wasn’t perfect and there were still battles, but I knew these struggles didn’t define me. I knew as my Friend, Jesus was there to hold me up instead of looking down on me with disappointment.

And the weight on my shoulders lifted.

Do you think viewing God as your Friend would change the needs you bring to Him? Why or why not?

Jesus signifies that calling us friends means revealing secrets to us. What secrets do you need to bring to Him today? 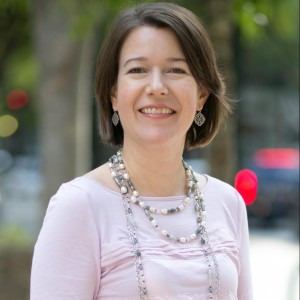 Abby McDonald is a writer and speaker whose passion is to help women find the hope of Christ in the middle of life’s messes. She is the author of Shift: Changing Our Focus to See the Presence of God, and her work has been featured in numerous publications. Abby lives with her husband and three children western Maryland. You can connect with her at abbymcdonald.org.

2 thoughts on “The Name We Can Trust With Our Failures: Jesus, Our Friend- Abby McDonald”

“If Jesus trusts us, even though we mess up often, shouldn’t we trust Him too?” – Wow, Abby! Yes. Yes, I should. I should trust Him with all my heart, mind, and soul. Thank you for leading the way today.

I needed this! Thank you,Abby!

In this virtual world we live in, most women are hungry for something tangible. As we struggle to discern what is fake news, we long