An Unexpected Discovery—The Joy of Not Being Needed

God will create a new thing in this land: A transformed woman will embrace the transforming God!
Jeremiah 31:22 (MSG)

I found clarity, and I wasn’t even looking for it. I wanted to make my story more dramatic, so bear with me while I “spice” it up.

The world was disintegrating secondary to a global pandemic. (Hard to believe that this part is actually true.) Our two adult sons, recently married daughter and son-in-law moved back home. At the time, we had no idea it would last for nearly 10 weeks.

Each morning I awoke with gratitude knowing all the chicks were safe. But my bliss was about to be hijacked. I wish I could introduce an outside villain, but it turns out the villain was me.

I became my own worst enemy as gratitude nearly caved from my internal grumbling over the dramatic uptick in domestic duties. Four weeks into having everyone home, I began to wonder at my bane existence. “Dear Jesus, is the only reason You made me so that I can clean toilets?”

Each day I donned my maid’s cap as I set out to clean cinders from the fireplace. (Okay, this is an exaggeration.) The complaints that hovered in my head were in direct competition for the gratitude in my heart. The schizophrenia of it all began to wear on me as we approached week six.

Finally, I caved. I knelt before the Kings and Queens of the castle and shared my state of being. I begged for assistance. (This part is entirely made up. I believe it’s called creative license.)

What actually happened is that I was honest with my peeps. I told them that I needed help. It turns out I was living with marvelous adults who were not only able but more than willing to step up to the plate.

That’s when clarity began to show her pretty face.

She kept popping up at the oddest times. Contentment would run deep in me as I worked side by side with the three boys in the kitchen. Peace would wash over me as I watched my husband rally with words of encouragement as young adults wondered about the future.

But the day that clarity fully revealed herself happened as my daughter and I were working in the garden. We decided to resurrect our old, unattended lot. The ground needed tilling. Dormant dirt needed manure. A fence needed to be built. Irrigation lines needed digging.

Two weeks into the project, girly girl and I were done planting. We rose to stretch our cranky backs when I asked my daughter what she thought of gardening. “It’s been fun, Mom. The best part is that after this, I think I could plant my own garden all by myself!”

What happened next was unseen to her and the rest of the natural world. But I know God was beaming as He watched a forty-year-old bag of rocks fall from my shoulders.

You see, for as long as I can remember I’ve had a sense of responsibility about caring for others. I think God made me that way, and most of the time it brings me a deep sense of peace and purpose. But if I’m not careful I develop a savior complex. Surely, those I love (and possibly those I’ve never met) will die without me. Good gravy.

My daughter’s comment fanned a truth that my pride and self-effort nearly suffocated.

For some reason the thought that my daughter could indeed plant a garden all on her own echoed what God has been repeatedly teaching me this year:

There is joy in stepping back, stepping down, and trusting God with what's next—for those we love and for ourselves. Click To Tweet

I have no words for the delight He’s given me as this revelation has settled over my life and into my soul.

Seeing my boys handle the kitchen, watching my hubs finesse subtle mental health needs, and witnessing my daughter’s confident “garden proclamation” have cemented the truth that God can do so much more than I can. And He does it better!

God has been transforming this Cinderella. But He’s given me so much more than a gown—He’s given me a crown of peace and contentment.

Do you ever struggle with helping “too much”? If so, think of a specific example and then ask God to show you what benefit there could be for you and the other person if you pulled back.

When You think of the example above, imagine in what ways God would be glorified by you doing less so that others could see Him do more.

Prayerfully consider one area (or individual) in which you believe God is asking you to pull back. If you’re not sure, be encouraged by this verse as you pray, “If you don’t have all the wisdom needed for this journey, then all you have to do is ask God for it, and God will grant you all that you need. He gives lavishly and never scolds you for asking.” James 1:5 (The Voice)

Dear God, there are times we may be tempted to believe that our job of caring for others is bigger than what You say it needs to be. Without meaning to, we may take on more responsibility than what we should. Sometimes we even fall prey to the idea that we are responsible for outcomes in other people’s lives. Lord, forgive us for losing sight of the fact that there is one God, and it is You. You and You alone are the One who can meet the needs of those around us. Help us discern what is our part to play in the service that You call us to. Then by Your grace, grant us the wisdom and joy that comes in knowing what is and isn’t ours to carry. In Jesus’ name, Amen. 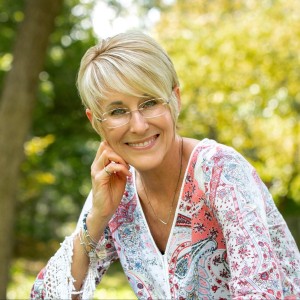 Cindy’s been told she’s a good listener, but she’s also a faith talker, writer, and bitter chocolate biter. (She’s the only sister who doesn’t care for gummy bears. But shhh! Don’t tell the others!) Learn more about Cindy at cindykrall.com.

“There is joy in stepping back, stepping down, and trusting God with what’s next—for those we love and for ourselves.”
Yes. There. Is. 🙂

Still learning it friend… every day. But God is a patient teacher! Love you!

Such a good that’s and encouragement! Reminds me I have a quote that was shared with me recently… ‘To get along with God… stay off His throne!’ 🙂

This truly spoke to me! A wise woman once told me that Christian moms raise their children to now need them anymore. Now, I know what you’re thinking: I hope they still need me every once in a while! And probably they will. But overall, they are joyfully living their own lives thru Our Father….nice to know….

Gail, that is so true isn’t it. I know my Mom did it for me but dang… she made it look easy. I had no idea how hard it would be. So glad to “see” you here!

Oh Judy! I love that! I need it on my refrigerator! ❤️

And all God’s people (especially the Mom’s) said Amen. Love you Sis!