I grew up believing that people of faith weren’t the smartest because they relied on woo-woo stuff over science and logic. So imagine my surprise when I started attending a Spirit-filled church. I fell in love with Jesus and discovered how intimate and real that relationship could be. And started believing that possibly, against all odds, prayer actually changed things.

But I didn’t like it. It didn’t make sense. If anything, it made me mad to witness evidence of God’s existence. To see that logic isn’t always, well, logical. I prided myself on my intellect, so I debated and questioned and resisted. I cornered my friends, badgering them with questions about faith. I didn’t want to be gullible … and even though God had been revealing Himself to me in more and more powerful ways, I was still fighting it.

I remember talking to my friend Peggy one day. Neither of us remembers the situation we were discussing, but I told Peggy I’d been really praying hard about it, and things had changed. Completely exasperated, I said, “Well, apparently prayer works.”

We still laugh about it.

Because it’s true. Whether I want to believe it or not, God continues to surprise me.

Every time I give up on prayer, something happens that defies every other explanation. I can’t define it away, blame it on coincidence, or deny that it happened. Click To Tweet

And I huff, like an angry child being forced to admit I was wrong.

When I started writing, I thought I would be a kind of interpreter, putting what I’d experienced and learned about God into a form that other doubters, like me, could understand. People could use this framework to construct their own conclusions and beliefs. It was exciting to me, and I had a book idea, so I decided to try to get published.

I worked my butt off to get ready, but traditional publishing is always a long shot. Regardless, Praying Upside Down was published in 2015, and it was about art and prayer. I assumed all my writing would center on art—because I’m clearly an artist and not much of a pray-er.

My publisher needed to see six months of sales figures before they would entertain another book proposal from me, but a month after publication my agent called with news. They had a book they’d like me to write, if I was willing.

Unexpected for sure. Especially because I’d been praying about what would come next. The idea they presented was one I’d already had and described to exactly one person. There was no way my publisher could have known, and yet they wanted me to write this book—about prayer. Even without seeing sales figures. Even though I hadn’t come to them with a proposal, and even though it’s practically unheard of to have a publisher approach the writer.

Our God is the God of the Unexpected.

In Jesus’ kingdom, everything was upside down—the least shall be the greatest. Let the children come. Pray for your enemies. It’s what’s in your heart that defiles you. And so on.

And I love that even now, when the world seems topsy-turvy, when grief and sorrow for the state of our country and our world can overwhelm us, He is not fazed. He will continue to show up, and continue to put evidence in front of us to reassure us that He is there. That prayer still changes things. That love still prevails. That He is still the light that will illuminate even the darkest of moments.

When the world seems topsy-turvy, God is not fazed. He will continue to show up and reassure us that He is there. Click To Tweet

And I can trust in that, and believe. Because God has a history of showing up when least expected. Of bringing answers and effecting change that seemed impossible. Our vision is limited, but He sees eternity. He knows exactly what to expect, and He has already prepared answers we can’t even fathom.

We just need to hold on until we can see them, too. And keep on praying.

When have you seen prayers answered or unexpected evidence of God’s involvement? Take a moment to remember, and then give God thanks.

Are there situations right now that make you feel like God isn’t paying attention or He is neglecting to answer? Ask God to make His presence known.

Lord, help me expect to see You. Teach me that nothing is impossible for You. Humble me as I recognize that You see more and know more than I ever will. Give me patience to wait for Your answers, and grace when I miss them because they’re not what I was expecting. Thank You for Your creativity and compassion. Your eternal perspective and Your peace that surpasses understanding. Together, I can hold on, even when things are tough—because You’ve assured me that I can always expect You to be right here with me, no matter what. Amen. 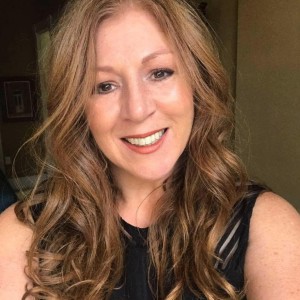 You can find Kelly at the place where faith, art, and writing intersect. She’ll be the one eating Haribo gummy bears, surrounding herself with color, having passionate discussions/debates, and telling you it’s OK to have doubts because our God is big enough and strong enough to handle it. And she’s so thankful for that. Be sure to connect with Kelly at kellyostanley.com.

Oh, your prayer Kelly!!! I SO need those words! Thank you for reminding me that God is right here with me! I am still learning to look for answers to my prayers in unexpected ways. Your wisdom here speaks to me and I’m grateful for your willingness to share it!

I definitely have a continual prayer that not only I am praying for but literally hundreds of sisters in Christ are praying for with me but, as of today, my 11 year prayer seems unanswered, it can be frustrating. Yet, I know God hears the cries of my heart. God is all about unity and reconciliation. God has showed up in so many ways that I could list them all day long and not tell of them all. Yet, I sure wish I God would give me a sign He is working in this one deep longing in my heart. My heart aches to know He is working even in this seemingly impossible situation
.
So what do I do as I wait? I trust, I obey, I remember He is our good, good God. He loves me. He wants me to prosper and not be dismayed.

Thank you for sharing this Kelly, I really needed the reminder that even when I question, even when my faith wavers, God hears me. “Because God has a history of showing up when least expected” is a powerful reminder I needed to hear. He answers my prayers for others and will answer theirs for me too when I least expect it.

It’s so hard when we wait and wait and don’t see what we want. And while I can’t speed up God’s answer or know how He will answer you, if it helps at all, I truly believe He already hears. He already knows. He already has the answer. He is already working towards it. And He loves you. I believe I know what you are referring to, and I am praying again for this desire of your heart. Love you, sweet sister!

Thank you for this reminder, that God is all-knowing and faithful to what He knows we need. This could not have hit me on a better day, as I am feeling selfish pity for myself on a job I have been praying for, well, more of a promotion. I needed a reminder that God knows exactly what I need, even if I do not!! Thank you ladies for always bringing humble, yet loving messages, I so very much enjoy reading them all.

Joining my prayers to yours for all that God has for you!

I definitely have a pray and asking my sister in Christ to put me on there pray list. God is whispering a few things that He is placing on my heart to do for Him in the near future. I am praying every morning and every night to be sure it from God. I will step out in Faith and walk the walk in Grace.

Praying for you, Tara. Trust in Him!

I love when a word from someone else or in this case a prayer can mean so much to each of us in different ways…seeking His wisdom and discernment with my husband and I body pain that seems to be getting worse. Thank you so much for this today…come, holy spirit come.

we join you in prayer, Becky.

Adding my prayers as well, Becky.