Do You Need a New Perspective?

In Christ’s family there can be no division into Jew and non-Jew, slave and free, male and female. Among us you are all equal. That is, we are all in a common relationship with Jesus Christ. Also, since you are Christ’s family, then you are Abraham’s famous “descendant,” heirs according to the covenant promises.
Galatians 3:28 (MSG)

The beautiful thing about perspectives is that there’s always more than one. That leads us to richer experiences in life. Opportunities for growth. And even unique insights into things we don’t fully experience or understand by ourselves. The difficult thing? We can be blinded by our own.

We get wrapped up in our own lives, our own needs, our own points of view and can overlook or not even realize that there are others out there who wholeheartedly feel the exact opposite about something we are so certain about.

We have two choices when we come to the realization that our perspective may be too narrow, flawed, or simply misunderstood:

We can dig in our heels, convince ourselves that we are right in our thinking, and go on with life as it’s always been. Or, we can consider the possibility that we’re not making the effort to fully understand all of the possibilities and open ourselves up to growth.

Our original perspectives may be based on many things, including:

These things often create barriers that keep us from fully connecting with others from differing viewpoints—unless we make a concerted effort.

As believers, however, God simplifies the barriers. He levels the playing field, making it impossible for us to justifiably place a barrier of any kind between us and others. We are all equal in God’s eyes. None greater. None… Click To Tweet

“In Christ’s family, there can be no division into Jew and non-Jew, slave and free, male and female. Among us, you are all equal. That is, we are all in a common relationship with Jesus Christ. Also, since you are Christ’s family, then you are Abraham’s famous “descendant,” heirs according to the covenant promises.” (Galatians 3:28, MSG)

God gives us a unique insight into a different perspective of the world. At any moment, we have access to not only His thoughts but examples of how He’s handled other similar situations throughout history.

It’s like having the ultimate viewpoint of the world—if only we’ll try to see it.

Jesus offered a different perspective on life as well:

His perspective was so different, in fact, that the world soon would divide over whether or not they agreed with the way He saw things. As the disciples went out into the world to spread the Gospel, not everyone was open-minded about the teachings that Jesus had shared with them.

While some gave great thought and consideration to the fact that what they were saying might be true, others preferred to see things as they were before they heard of Jesus. Those who took on His perspective opened themselves up to a life of freedom in Christ, while those who did not close themselves off from eternity. All because they couldn’t open themselves up to the possibility that they might be wrong, or simply unaware, in their previous thinking.

Our world is in turmoil as I write this. Many of us are still in quarantine and it’s only been days since the racial conflict surrounding the death of George Floyd. It’s made me think a great deal about my perspective on things and whether or not there is anything—anything—in me that doesn’t mimic how Jesus treated those who were different than Him.

There is, of course. I’m only human. And despite all the ways I think I support and encourage people of color, I’ve assumed that I understand viewpoints that really—I have no real sense of the truth of their lives. Just because life is one way for me, I can’t assume it’s that way for everyone. And friends, that makes me very angry that I haven’t done more on their behalf, shown them more solidarity and support, or made more of an effort to call out things that I see as unfair to them.

I want to do better.
I bet you do too.

So, I’m actively seeking to understand their viewpoint. I’m reading books that I hope will give me insight. I’m praying that casual acquaintances grow into deeper friendships so that we level the playing fields through understanding each other’s hearts.

Then, together, our small voices can become a catalyst for change.

It all starts with opening ourselves up to a new perspective.

What long-held beliefs have held you back from experiencing life with people of all colors?

What is one thing you can do in your own life to create a catalyst for change in your heart, your community, or your circle of influence?

Father God, We’re so thankful for the perspective You provide. Lord, help us to see the world and the people in it as You do. Give us the courage to stand up and fight for those that may not need our strength, but need our support behind them. Help us to be a brighter light for You in places of darkness and confusion. Lead those into our lives who would help us to gain a new perspective. We thank You for Your mercy and grace as we long, but too often fail, to be more like You. Show us the steps to take to remedy that. In the loving name of Jesus, I pray, Amen. 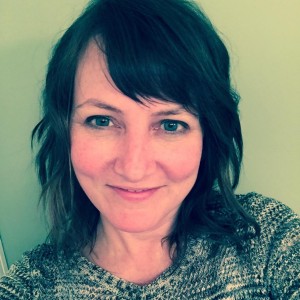 Constantly surrounded by to-do lists, Laura loves to encourage others to be purposeful with their time and their lives. She is a champion for real, transparent faith and friendships and might be seen sneaking gummy bears out of Kelly’s stash. Don’t worry, they share. Learn more about Laura over at lauraadamscreative.net.

3 thoughts on “Do You Need a New Perspective?”

Laura, Not along ago on a trip to Walgreens the Lord spoke to my heart about perspective and I completely agree, it gave me an opportunity for growth. I am echoing your prayer today. I know God is calling me to be more compassionate and I want to be a bright light in places of darkness and confusion. Thank you for leading the way today.

I love this Laura. So many of us (including me) have felt heavy with conviction as we’ve asked ourselves “What can I do?” It’s easy to feel helpless and wonder if there actually is something we can do. I think that’s why I appreciate your words so much. I can ask God to start with me and my own perspective! May He open my eyes. May He help me see things the way others do, but even more importantly, to see as He does. Thank you Laura!